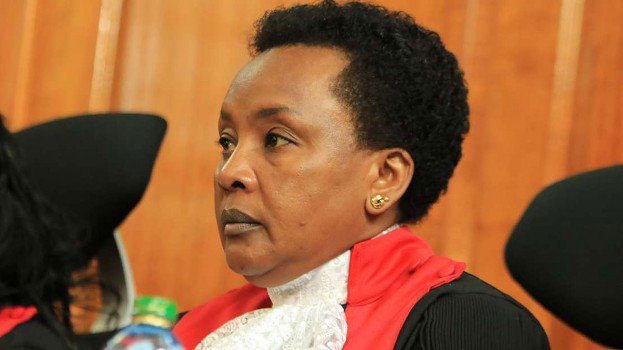 She allegedly used her office to obtain a KSh 12 million non-taxed loan from collapsed Imperial Bank of Kenya – The Deputy Chief Justice appeared in court with a battery of renowned lawyers but did not take plea – She was released on KSh 5 million personal bond and ordered to appear in court on Wednsday, August 29 to take plea – She had been arrested at Supreme Court premises on Tuesday, August 28