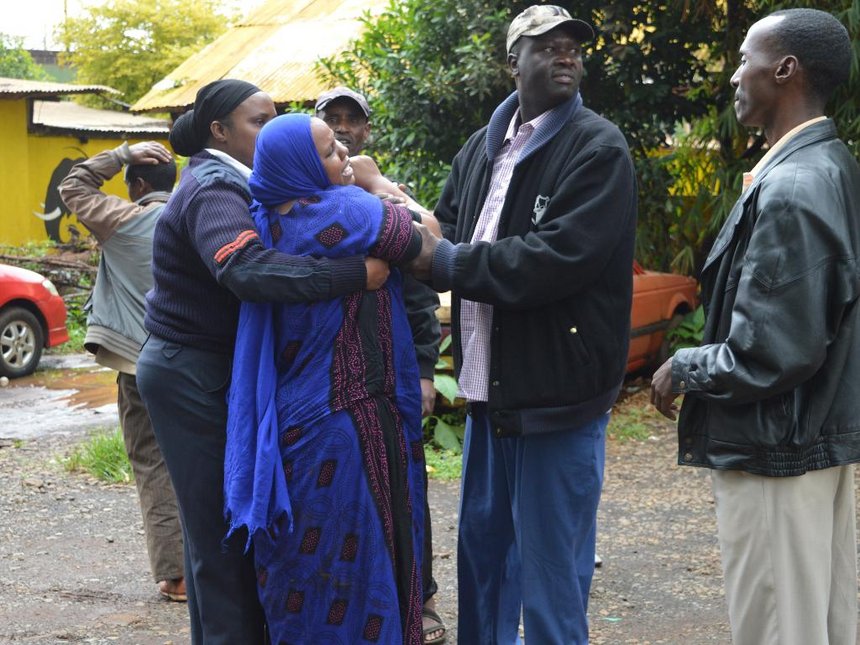 A CID officer was killed by thugs early Friday outside Tharaini bar, Kiambu county, while another officer and a watchman were seriously injured.
The attackers used crude weapons in the 2am raid during heavy rains.
Area chief George Kibugi said the CID officers were within the bar compound inside their vehicle.
The victims were not immediately identified.
The watchman was manning the premises. One CID officer suffered deep cuts to the head. The watchman suffered cuts all over his body as he struggled with the assailants.
The attackers stole two TV sets from the bar. It is not clear whether they stole anything else since nobody from the bar was available to comment.
A resident said the officers usually park their vehicle at the far corner of the bar compound. It was not clear what they were doing in the compound.
“We know the officers. They are usually armed and always sit in their vehicle in the bar compound,” a customer, who did not want to be named, said.
Kibugi said the hand and legs of the dead officer were tied with a rope and he had head wounds.
The other officer was tied up inside the bar. The watchman also was tied up.
“It seemed the watchman had struggled with the thugs, since we found broken beer bottles all strewn all over the place,” Kibugi said.
It was not immediately established whether the officers were armed or if they were on duty at the time.
Meanwhile, five relatives who died in a house fire in Meru county were buried in Kieni, Nyeri, on Thursday.
Mourners wept as the five dark coffines were lined up during the ceremony in Kahuho. They were interred in a single grave.
The family asked the government to investigate the cause of the fire.

Cop killed, two others injured at Kiambu bar Reviewed by samrack on May 13, 2017 .

Wife of murdered CID officer is consoled after learning of his death / STANLEY NJENGA Cop killed, two others injured at Kiambu bar A CID officer was killed by thugs early Friday outside Tharaini bar, Kiambu county, while another officer and a watchman were seriously injured. The attackers used crude weapons in the 2am raid