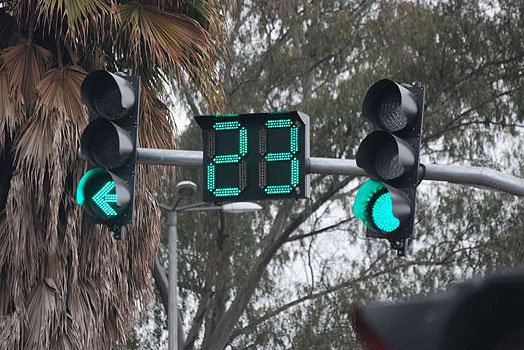 The State Department of Urban Development is, three years on, yet to hand over the project to the Nairobi City County.

For the past week, Nairobi residents have raised concern over the confusion caused by the inefficiency in the traffic lights.

Police and county traffic marshals also admitted that the city becomes chaotic when there is a failure of even two of the traffic lights that were installed three years ago at major roundabouts, by the Ministry of Nairobi Metropolitan Development.

The system saw the installation of 51 digital cameras.

Nairobi County traffic commandant Leonard Katana said the department had to deploy more police officers to the roads to control traffic when the cameras failed.

“If the lights fail, the sequence in control is completely interfered with and there is set to be a snarl-up, especially because more vehicles enter the city, than those that leave,” Mr Katana said.

He said the police, who are normally stationed at strategic positions to oversee the flow of traffic, had to be deployed at more places because their absence leads to a lack of coordination.

A spot check showed that the lights, with countdown timers, at Westlands roundabout, Harambee Avenue, Muthurwa and Nyayo National Stadium are faulty.

Share thisFacebookTwitterPinterestEmailWhatsAppCONFUSION AMONG MOTORISTS AS NAIROBI’S SH500 MILLION TRAFFIC LIGHTS FAIL Part of the Sh500 million integrated camera and traffic lighting system launched by the national government has failed, causing heavy traffic jams on Nairobi roads. The State Department of Urban Development is, three years on, yet to hand over the project to the Nairobi