by samrack
in Kenya, News, Sports, Training
A A
0

Family and friends of a well-known figure in the Halifax running community who died in Kenya say they are shocked and devastated.

Cliff Matthews, 69, was in the African nation learning about its famous running style when he died on Sunday of an apparent heart attack, according to family member Dave Matthews.

Matthews says his cousin was out for a walk with a friend, happy and joking, when he simply collapsed and died.

“Cliff was one of the healthiest guys I ever knew,” Matthews said. “He never smoked, never had a drink, always ate healthy. In his teens he was preaching that to us around the dinner table.

Matthews was in Kenya training Denise Robson, a marathoner from Nova Scotia. On her Facebook page she says, “the pain of losing my longtime coach, a man who cared deeply about people and held the highest regard for his athletes no matter the skill level, was completely overwhelming and very frightening.”

Dave Matthews says he was passionate about running.

“He went there to go where the world’s best are to… get some pointers,” Matthews said.

Luke MacDonald is one of many athletes Cliff coached over the years. He says Cliff was “an amazingly special person — it’s a tough one for sure.” 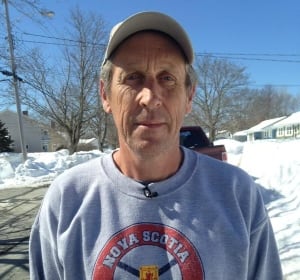 MacDonald says Cliff left for Kenya two and a half weeks ago and this is believed to be his first trip there.

“Cool side is, he died in the land of the running. There could be no better place to have his demise. Although the circumstances are unfortunate, it’s a serendipitously beautiful ending and I’m very, very proud to have known him.

Organizers of The Moose Run on March 29 in Eastern Passage are dedicating the event to his memory.