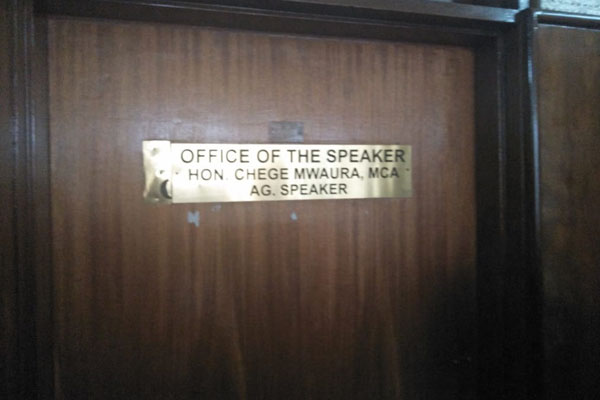 In the running were Mwaura, who is Ngara Member of County Assembly and Majority Whip, and Nominated MCAs Mary Arivisa and Mary Njambi.

Ms Njambi dropped out of the race to support Mr Mwaura while Peter Imwatok, who proposed Ms Arivisa, withdrew saying she was not at the Assembly.

Mr Imwatok is the Minority Whip and the representative for Makongeni Ward.

There was drama during the vote on Tuesday as Ms Arivisa came shouting that she did not ask anyone to propose her. She engaged in a struggle with the orderlies, who took her out of the meeting.

Mr Mwaura garnered 84 votes, being the number of members present in the House, as his two competitors withdrew their nomination.

He took oath of office and then adjourned the Assembly until 2.30pm on Wednesday.