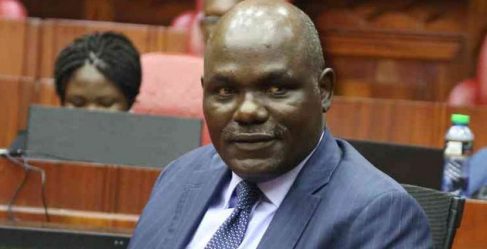 By LABAN WANAMBISI, NAIROBI, Kenya, Jan 17 – Members of the National Assembly on Tuesday approved the appointment of Wafula Chebukati to head the Independent Electoral and Boundaries Commission and six other nominees to take up the posts of IEBC Commissioners.

Githunguri MP Njoroge Baiya who stood in for Justice and Legal Affairs Committee Chairman Samuel Chepkonga, said they found Chebukati suitable for appointment after he exhibited requisite experience and qualifications, which qualifies him for the position of IEBC Chairperson.

Baiya and Baringo North MP William Cheptumo said the Committee was impressed by the galaxy of skills and talent that the nominees posses, especially the nomination of New York-based Roselyne Kwamboka Akombe who until her nomination was Senior Political Advisor to the United Nations Secretary General’s Office.

“The chairperson said he would be fully responsible in spearheading the Commission and he will work with other commissioners as a team. Under his watch there would be no room for reckless or irresponsible comments that will rock the boat,” Baiya said.

“There is that belief that the current IEBC as constituted lacks the trust of Kenyans. We have a chance again this time round to bring back that trust… that confidence,” added Cheptumo.

I have no doubt that Mr Chebukati will deliver a credible election given his professional integrity. There are some who have said that Chebukati is a soft person but don’t be fooled by that; even (Kenya’s Third President) Kibaki was soft person, the Minority Leader stated.

Kajiado Central MP Elijah Memusi stirred the hornets’ nest as he opposed the nomination saying Chebukati was not the best placed candidate.

“I am questioning whether one Mr Chebukati can give us a credible election, the first-time MP stated.

He questioned the process noting that it was skewed towards Chebukati, and presented a petition which he claimed was ignored by the Justice and Legal Affairs Committee.

“Any other Kenyan would have expected that the person we get as the Chairperson of the IEBC, would be without blemish and Mr Speaker, this cannot be said about one Mr Chebukati,” Memusi argued in his point that Chebukati did not deserve the seat because he did not have integrity.

He urged Kenyans to let the Commission alone carry on with its constitutional duty of managing the electoral process.

Wamalwa and Jimmy Agwenyi (Kitutu Chache North) objected to Memusi’s utterances saying the nominee should be given an opportunity to prove he can deliver a free, fair and credible election.

“Is the member in order to bring up names that are not before us? We are supposed to discuss the names which are presented here and vote on whether to approve them or reject them,” Angwenyi responded to the attempts by Memusi to seek answers as to why Tukero ole Kina was left out despite scoring highly during interviews conducted by the IEBC Selection Panel.

“He is a soft person but people who are soft cannot be taken for granted. Still waters run deep… His softness is not his weakness. He is being humble,” he added.

North Imenti MP Dawood Ibrahim said the nomination of Chebukati who was an ODM life member, should assure the Opposition that the August election will be credible.

“It is good, that he is the chairperson so this time we won’t be talking about stolen elections because he is part of the Opposition,” he said.

The Opposition went to the streets demanding that the Issack Hassan-led IEBC team leave office, accusing it of biasness and incompetence.

The names will now be forwarded to President Uhuru Kenyatta for appointment and thereafter they will sworn-in by the Chief Justice David Maraga.