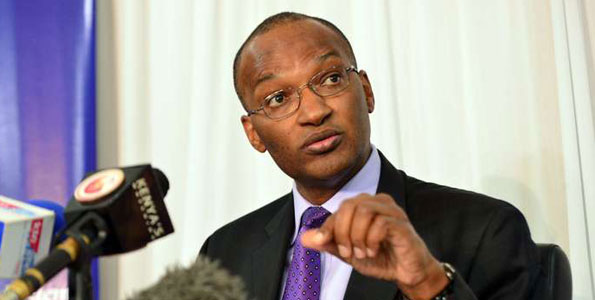 The Central Bank of Kenya (CBK) has denied a local investment group partly backed by the Kenyan diaspora a licence to operate a deposit-taking microfinance bank barely two years after it granted them interim approval.

Kenya’s banking regulator’s refusal to grant Fountain Enterprise Programme (FEP) Group approval has forced the chama to abandon the quest and turn the proposed micro-lender into an investment vehicle.

CBK in mid-2014 issued a temporary approval to FEP to set up Fountain Microfinance Bank, pending vetting to establish capital adequacy, ownership, and suitability of directors to run a banking business.

“Following notification from the regulator in March 2016 that our licence was not approved as anticipated due to a stricter regulatory environment, the board of Fountain Microfinance explored other options for the company,” said John Kithaka, co-founder and chief executive of FEP, in a note to shareholders.

When reached for comment, Dr Kithaka declined to reveal the reasons behind the licence denial. CBK had earlier asked FEP to clean up its shareholding list which included names of chamas that are not recognised as legal persons.

FEP’s footprint in the financial industry includes a five per cent stake in the Nyachae-controlled Credit Bank (where it is seeking control), 60 per cent holding in mobile money platform MobiKash and two wholly owned firms: Fountain Credit Services, and Nobel Insurance Agency.

CBK governor Patrick Njoroge refused to disclose reasons behind the regulator’s decision to deny FEP a microfinance banking licence despite granting an interim approval via a letter of no objection.

This throws FEP into disarray given that it had begun recruiting personnel for the proposed microfinance bank and incurred Sh25.5 million in staff costs last year from Sh1.8 million in 2014.

Fountain Microfinance Bank saw losses more than double to Sh42.9 million as at December 2015 from Sh18.01 million a year earlier.

Chase Bank collapsed in April this year and is currently in receivership under the management of KCB.

However, CBK’s moratorium was silent on whether it extended to deposit-taking microfinance banks.

Kenya has 13 licensed deposit-taking micro-lenders who had a loan book of Sh45.7 billion as at December 2015, according to CBK data.