NEW YORK, USA, 24 September 2018, President Uhuru Kenyatta begun his busy schedule in New York Sunday, by meeting influential business and corporate leaders during dinner hosted by the Kenya Airways ahead of its inaugural direct flights between Nairobi and New York on 28 October.

President Kenyatta who is in New York for the 2018 Annual United Nations General Assembly (UNGA) lauded the Kenya Airways and its partners for working together towards achieving what he called as a noble idea of having direct flights between Kenya and the US.

“On behalf of Kenyan people I thank the United States Government for working closely with us to make this realization,” said President Kenyatta during the dinner at Rockefeller Plaza in the high-end part of the New York, which is renown for its imposing skyscrapers.

The top travel operators and investors attending the dinner were urged to seek partnerships to accelerate American investments in Kenya where the KQ direct flights open new frontiers in enhancing tourism, trade and investment opportunities.

The President who is scheduled to hold several other business and bilateral meetings with various stakeholders among them key investors appealed to the Kenyan Diaspora to take advantage of the direct flights friendly rates that significantly reduce the high fares through Europe.

He said the new milestone by Kenya Airways would open Kenya to many more investors and tourists, thus strengthening the bonds of partnership between the two countries.

Kenya hopes to double the number of American tourists visiting the country to ensure the US remains the largest market of visitors holidaying in the country.

The Head of State expressed his gratitude to the US Government for offering an opportunity for Kenya Airways to participate in the Customs and Border Protection (CBP) Advisory Programme.

“The programme will provide an on –site training and technical assistance on customs administration and border control for agencies that will handle Kenya Airways direct operations to the United States,” said President Kenyatta.

He said his Government had scaled up investments in aviation infrastructure in order to enable the industry play its critical role in boosting the growth of Kenya’s economy and to facilitate the movement of people and goods to the rest of Africa and the World.

“To achieve this vision, I encourage Kenya airways to scale up its services and become the airline of choice in a very competitive industry. My administration has given you a strong platform to excel,” said the President.

He said the Government has invested heavily in time and resources to attain the International Aviation Safety Assessment (IASA) for Category I Status that allows direct flights to the USA by locally registered airlines and therefore expects the National carrier to seize the opportunity and become the true “Pride of Africa.”

During the dinner, it emerged that President Kenyatta’s last trip to the US where he met President Donald Trump, Kenya concluded Kshs 85 billion worth of commercial deals and engagements with the public and private sector, which will help increase the Kshs 100 billion annual bilateral trade.

About 7,000 travellers, spread across the year, have already booked seats on Kenya Airways’ direct flights to New York ahead of the 28 October inaugural journey.

Through the direct flights, Kenya Airways will offer its customers a unique travel experience between two great gateways. It will be the fastest connection from East Africa to New York, with 15 hours duration eastbound and 14 hours westbound.

The opening of the US destination completes an essential piece for Kenya Airways’ network, cementing its position as one of the leading African carriers.

Kenya Airways Chairman Michael Joseph and the Chief Executive Sebastian Mikosz thanked the President for supporting the airline and walking the journey to realize the dream. 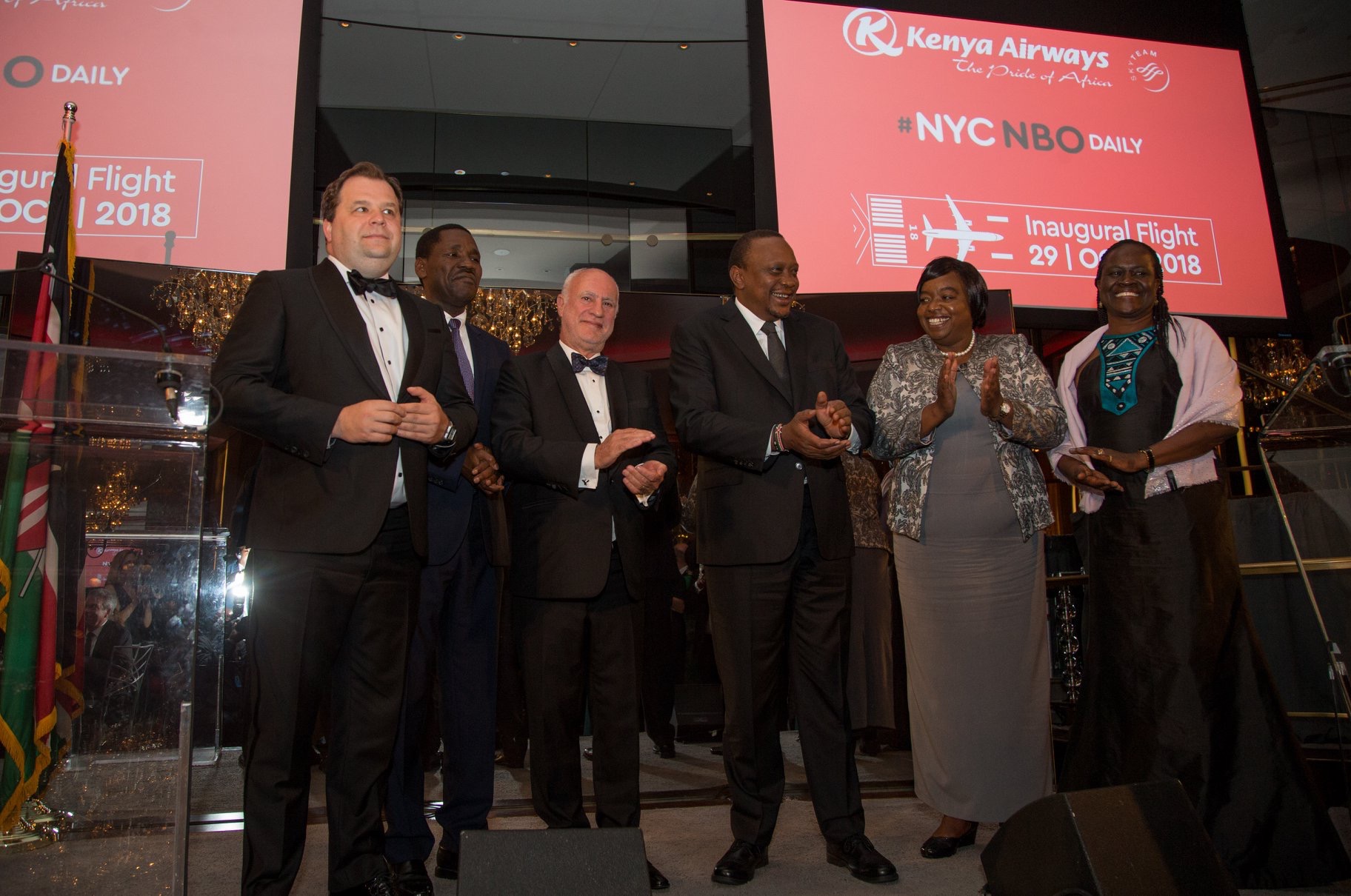 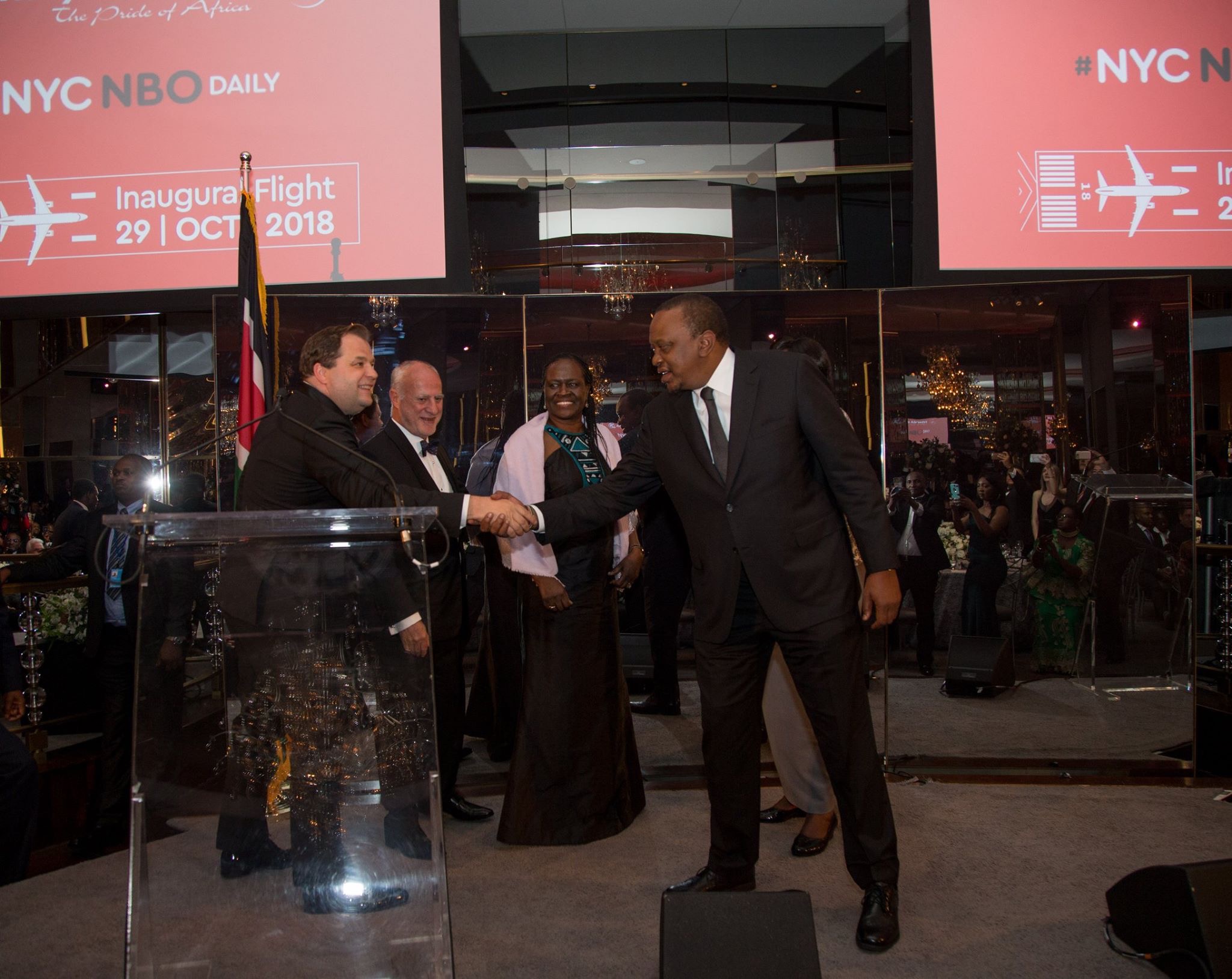 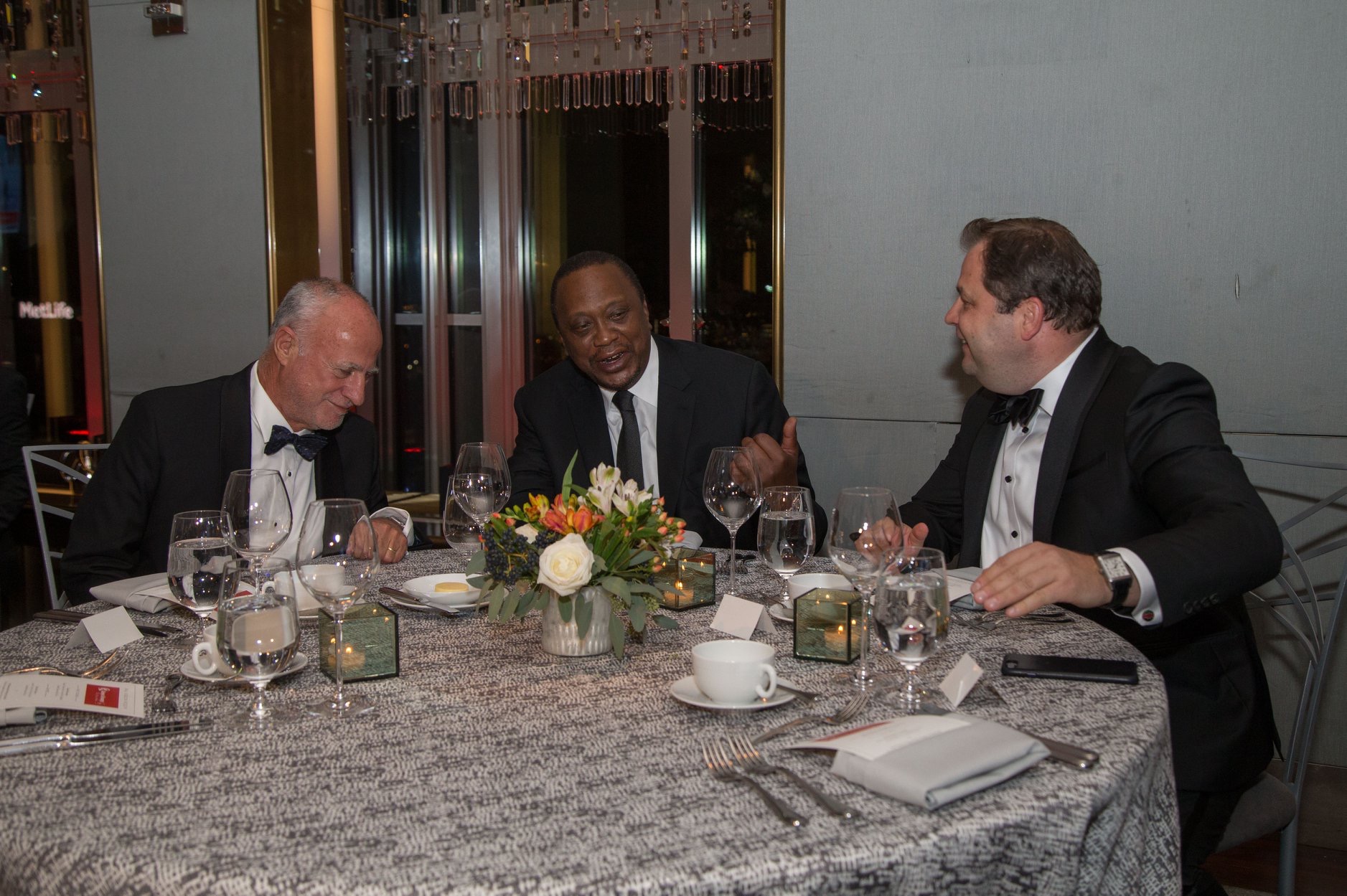 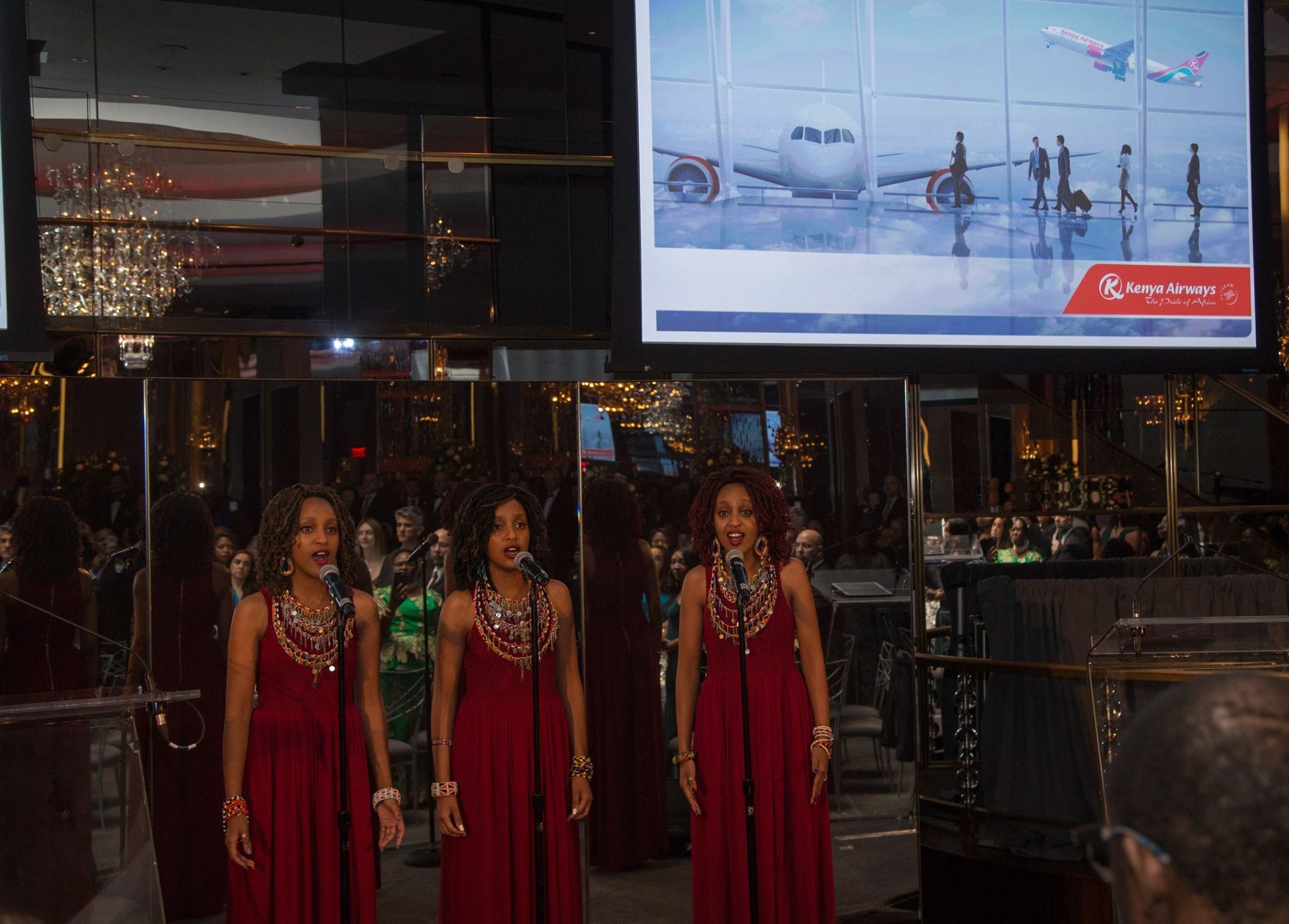 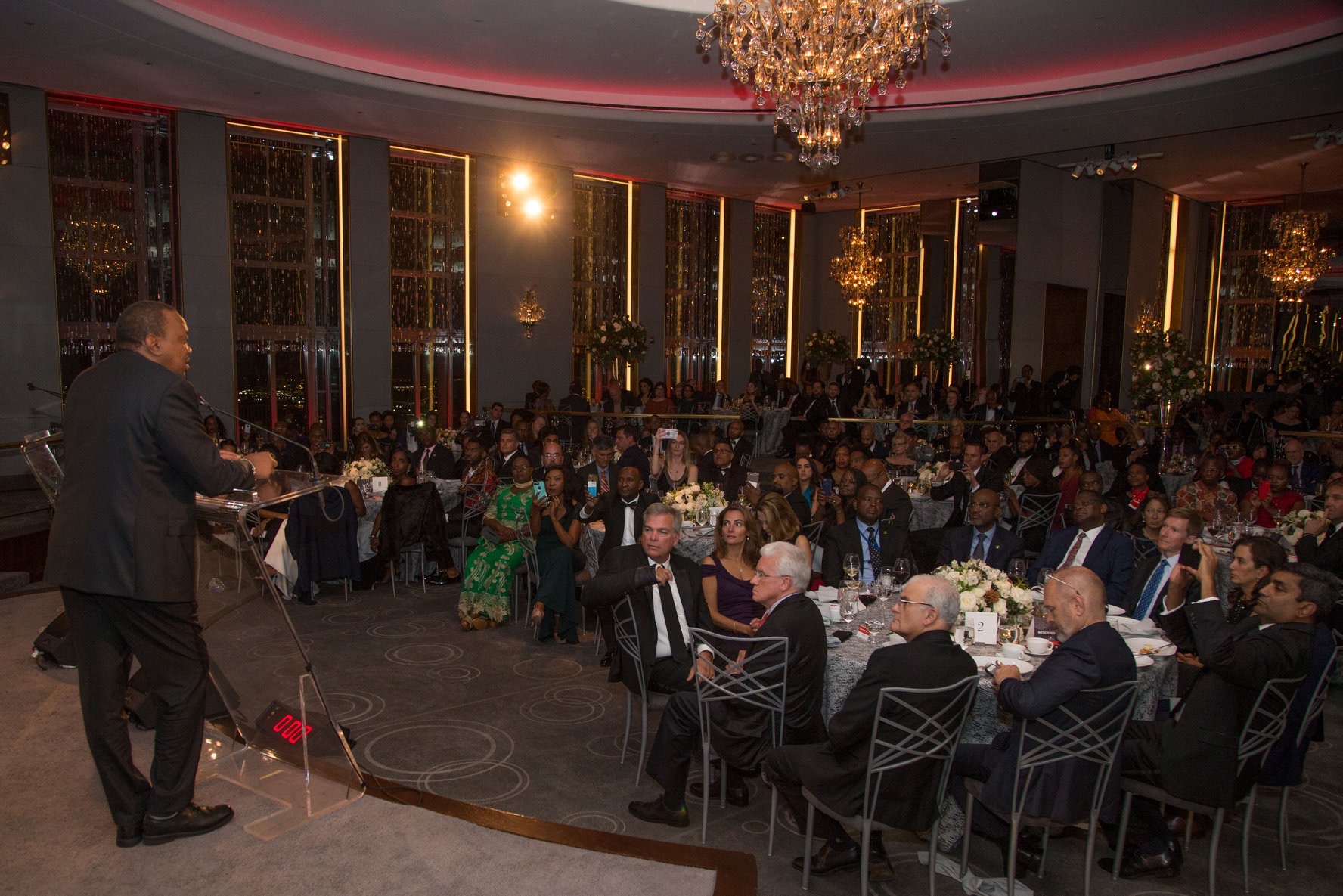 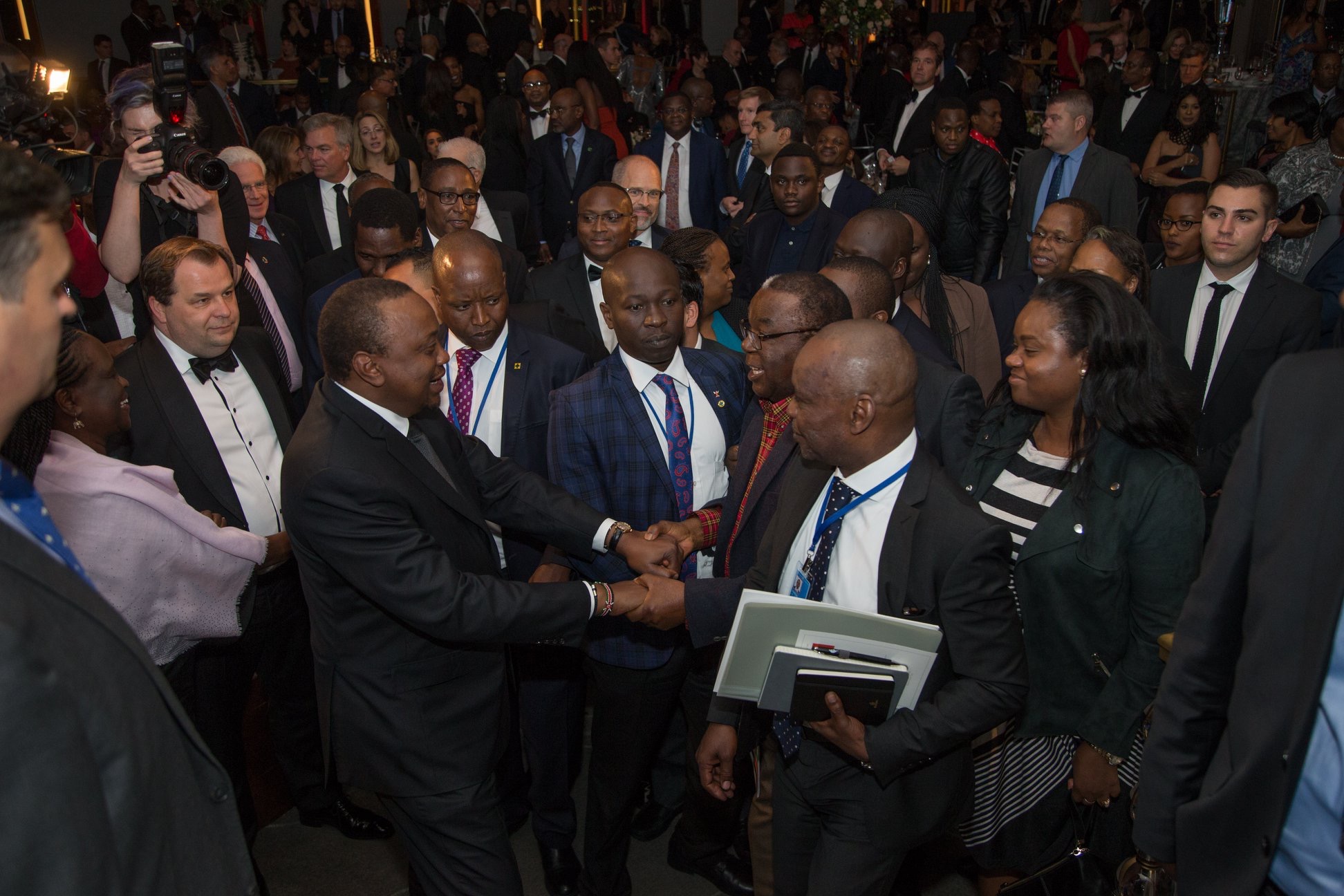 A Brief Look Into The Future of Financial Services