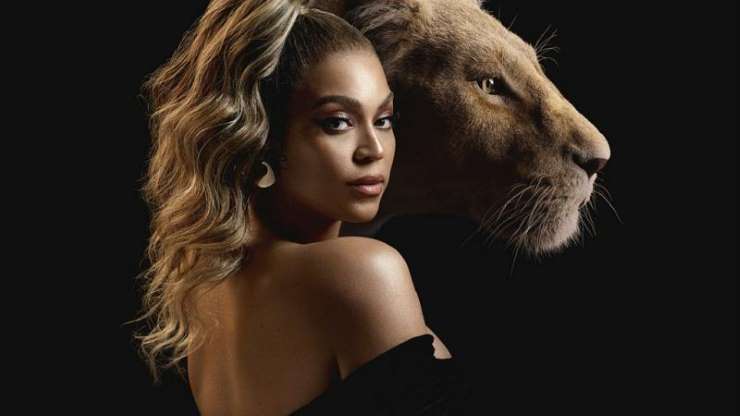 The impressive portraits capture the cast members in profile as they stare at the animals they are playing among them  Beyoncé with Nala.

• Within the first one hour after the pop star artist posted her picture on Instagram she had received about 2.5million likes.

The American superstar has released the song which features lyrics in Kiswahili, Kenya’s national language.

The song, Beyonce’s Spirit, was released on Thursday and will be used as a soundtrack to Disney’s new version of The Lion King.

Beyonce, voices the role of lioness Nala, next to lead character Simba, played by Donald Glover.

The song’s intro features words in Kiswahili that are saluting the king.

Beyonce used Facebook to confirm her long-rumoured involvement in the project.

Her other co-stars include Chiwetel Ejiofor as Scar and Seth Rogan as Pumba the warthog. James Earl Jones will play Mufasa, as he did in the 1994 original.

British comedian John Oliver has also been cast as Zazu, the hornbill voiced by Rowan Atkinson in the first film.

The Lion King is due for release on July 19  2019 – 25 years after the cartoon original, which was one of the biggest animated film of all time.

The film will be directed by John Faveau who directed the recent remake of The Jungle Book.

The Lion King isn’t the only live-action Disney remake being released in 2019. Other movies include Dumbo and Aladdin.

Share thisFacebookTwitterPinterestEmailWhatsAppBeyonce features in Lion King Image: COURTESY Beyonce releases new song with Swahili lyrics “Uishi kwa mda mrefu mfalme,” The impressive portraits capture the cast members in profile as they stare at the animals they are playing among them  Beyoncé with Nala. • Within the first one hour after the pop star artist posted her picture