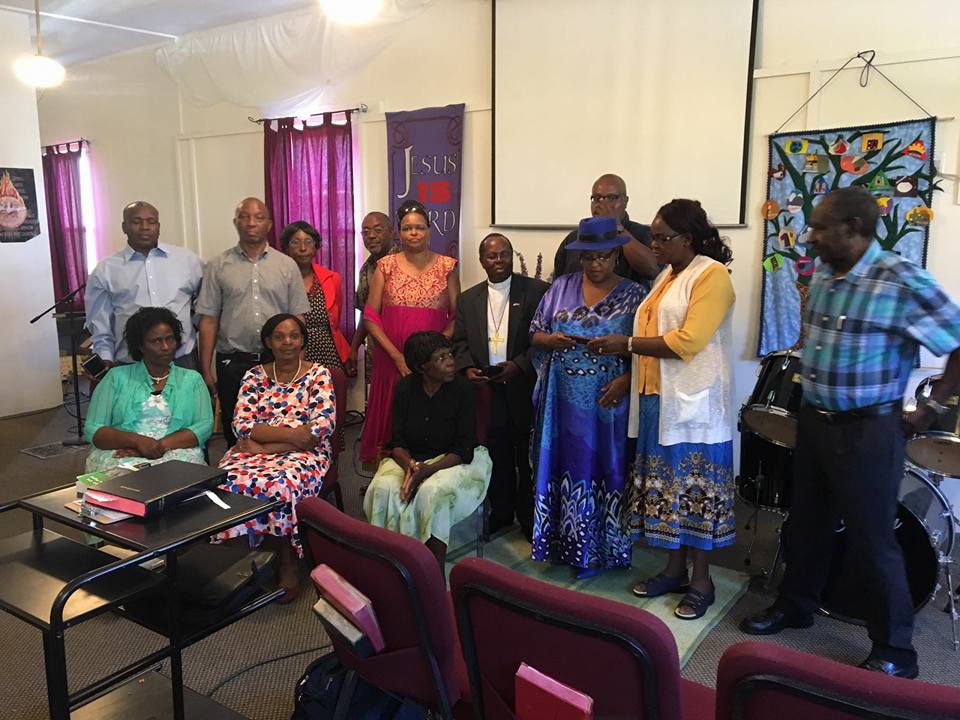 It was a great blessing today to worship God with our visiting friends Hon. Lady Justice Koome & Mr. Koome. We pray for journey mercies as they travel back to Kenya

What the purpose for your visit?

I am visiting the U. S. with my husband Koome Kiragu whom I accompanied to an official mission in Edmonton,Canada for a Habitat for Humanity conference.My husband serves as a member of the organization’s international board and while we were here in the U. S., Koome was elected to the executive governing board. Currently, he is the only African in that body.

From Canada, we visited Esther Ngotho who recently got married to her wonderful childhood friend. As friends, we felt obliged to check on her as her husband has not yet been able to join her due to visa issues. 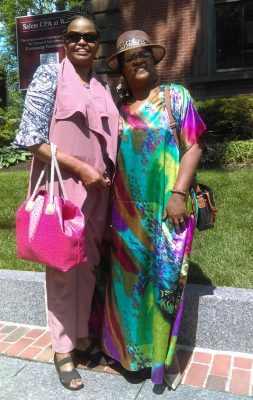 We are praying these will be sorted out and the family can be reunited.I was honored to be Esther’s maid of honor at the wedding.

I am also happy to learn that Esther is vying for a political position as a Councilor-At-Large and I wish her the very best.

I am aware that she has been working as a human rights defender. I have known her for a long time and she is very passionate about issues of empowerment especially in the case of vulnerable groups.

Esther fosters respect and the promotion of human rights of every man and woman, empowering everyone she supports to realize their full potential. I believe she has a calling to serve the citizens of her city Beverly Massachusetts and I pray that she will be given the opportunity.

Through Esther, I met man Kenyans in the USA who expressed apprehension about the current political climate in Kenya especially in light of the current election campaign.

They were all anxious and afraid that something bad may happen to their beloved country. Emotions are high and temperatures are volatile as they remember the post-election violence of  2007/2008 when people lost lives, property and were displaced (IDPs) because of an election dispute. 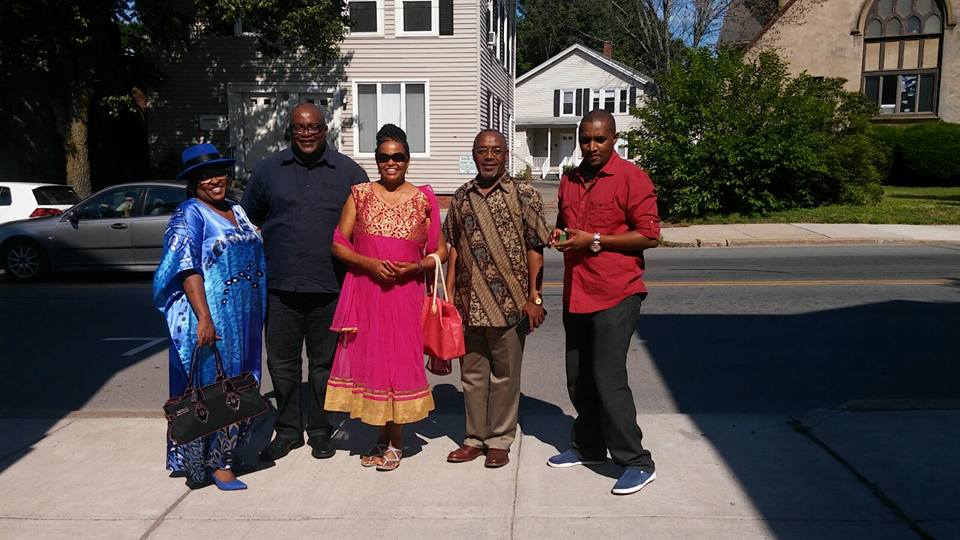 However, we now have a very vibrant constitution which has created very strong independent institutions such as judiciary, where I serve as a judge of the court of appeal.  The constitution guarantees freedom and devolution of power and so we recognize that there are high stakes in politics as a result of the creation of very powerful positions and incentives especially for governors and MCAs. These positions have attracted so many aspirants – for instance, the position of MCA has even attracted university professors! These positions are powerful and lucrative and I wouldn’t be surprised if the election was highly contested because the stakes are high, and everybody wants to exercise their freedom of choice.  The president is pushing to be re-elected for his final term. He feels that it is his right to be given a chance to complete the projects he has embarked on for the last 4 years. He is therefore leaving nothing to chance and is combing the whole country urging people to vote for him.  So also is his opposition which is led by the Right Honorable Raila Odinga in this race. Odinga has been in politics his whole life – he has served as MP and prime minister and is on record as having said that this is the final chance he has to run for presidency.  He is pushing hardest so that he can get to the finish line victorious.  I am therefore not surprised that these leaders are both contesting very hard and causing emotions to rise.

However, in the usual Kenyan way, our problems are resolved by Kenyans themselves who exercise their rights at the voting poll deciding who is going to be their leader.

In the event of a dispute, the election will come to court to be determined.

Furthermore, for Christians, and as a woman of faith, I believe strongly that Kenya belongs to God and not the politicians.It belongs to all the tribes that God put in it.So we have an obligation as Christians to petition God to intercede for our country.

As politicians push for their partisan interests, we Christians should arm ourselves with prayer and push for God’s grace and intervention and His will to be done.  Instead of wasting time worrying, let us spend time in prayer believing in the promises of God who will never leave us nor forsake us.

Judge Koome has a total of twenty six years’ experience both as a legal practitioner and a Judge of the High Court and as Judge of The Court of Appeal.

She began her legal career in private practice in 1988, where she succeeded in running one of the most successful women law firms at the time.

While in private practice, Judge Koome distinguished herself as a defender of Human Rights concentrating specifically on Gender Rights. She represented political detainees and persons charged with politically instigated offences during the volatile period of one party rule.

The mandatory retirement age of judges in Kenya is 70 years. Since the Deputy Chief Justice Kalpana Rawal has attained this age, there is a renewed clamour to succeed her. Among those seen as the most eligible front runners for the post is Justice Martha Koome.

With her rich professional experience, she is touted as a very good candidate.

She is married and is a mother of 3 adult children.