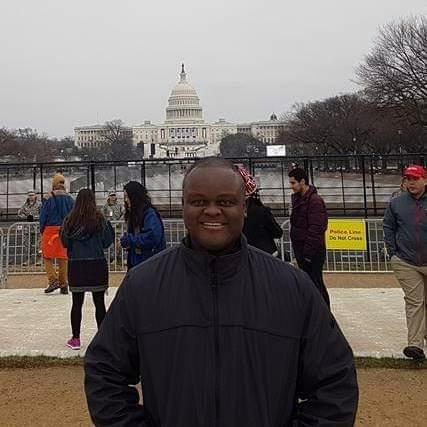 The body of Christiano Caspar Tsuma was discovered the first week of November, 2018, in Virginia USA, three or so weeks after he died.

He attended KU Nursery, KU Primary school, and Lenana School, where he graduated in 1999.

As an American citizen, Chris went back to the USA and joined Pre-military training.

He joined USA Kadena Military Camp in Japan and specialized in IT attached to the Airforce section.

He graduated as Associate Professor and worked as a Network Administrator.

He worked in S. Korea and then Kuwait as a Senior Network Engineer.

He then moved back to the USA and worked for Cisco as a Network Consulting Engineer from Jan. 2017 until April 2018.

His mother Dorothy Tsuma, who lives in Kenya and family members appeal for support to bring his remains back to Kenya to lay him to rest next to his late father. God bless you for your support.

Share thisFacebookTwitterPinterestEmailWhatsAppChristiano (Chris) Tsuma 1981-2018 (36)  (Rip) Appeal For Funds:Family seeks funds for 36 year old Kenyan man found dead in Virginia,USA to help repatriate body back home to Kenya The body of Christiano Caspar Tsuma was discovered the first week of November, 2018, in Virginia USA, three or so weeks after he died. Chris