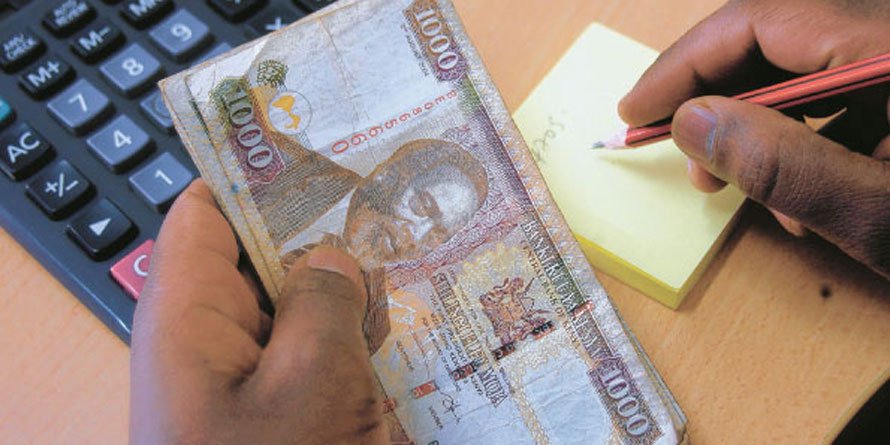 Most estimates had set 58 per cent as the threshold beyond which the economy would begin to struggle with debt. FILE PHOTO | NMG

Kenya’s public debt has crossed the Sh5 trillion mark for the first time, shining the light on Treasury mandarins and renewing the protracted debate on the country’s ability to carry the load in the long term.

Official statistics show that the latest acceleration in the debt pile up was mainly from external borrowing, which pushed total outstanding foreign debt to Sh2.563 trillion as at the end of February.

The steep rise in debt means a looming increase in debt servicing obligations, including interest and principal repayments, whose ultimate impact is to increase recurrent expenditure and a squeeze on development spending.

Economists said a key concern is the ramping up of commercial debt while the proportion of cheaper multilateral debt continues to fall.

“Multilateral debt has been going down since 2014, even as bilateral and commercial debt continues to rise. Ordinarily, common sense demands that we should take more cheaper multilateral debt and reduce our exposure in the expensive commercial debt market,” said John Mutua, the programmes officer at the Institute of Economic Affairs.

A major part of the increase in bilateral debt is Chinese-related, a large segment having been taken to finance the standard gauge railway.

Mr Mutua said ratio of public debt to gross domestic product had previously been estimated at between 45-50 per cent but will probably have shot up to nearly 60 per cent by the end of this month. Most estimates had set 58 per cent as the threshold beyond which the economy would begin to struggle with debt.

Even more worrying is the possible impact of debt servicing on development financing. Big spending on debt repayments means the country will continue to allocate even bigger proportion of its annual budget to recurrent expenditure.

Genghis Capital, an investment bank, has recently said its analysis of public debt that it expects interest payments to grow by 31.11 per cent to Sh399.98 billion while redemptions will increase 36.7 per cent to Sh470.63 billion in the 2018/19 fiscal year.

Genghis forecasts that debt servicing could take up to 51.56 per cent of revenue in fiscal year 2018/19 from 40.13 per cent currently –exceeding the 30.00 per cent debt sustainability threshold by a wide margin.

“That ratio shows how health an economy is. Its about half of the revenue collected and that is a big issue,” said Mr Muriuki.

Mr Mutua said the gloomy debt servicing situation demands a strategy that increases revenue as it reins in expenditure and engages in more effective management of projects for better yields in economic production terms.

“We should be seeing more work on upping revenue mobilisation and curbing expenditure. Let’s have projects management and appraisal that ensure we have better yields. And let’s go for longer-term debt with low interest payments,” said Mr Mutua.

The IEA budget expert said that a major cause of the escalation in public debt last year had to do with the shocks experienced following the presidential election rerun as well as the drought and famine that necessitated importation of food.

Most estimates had set 58 per cent as the threshold beyond which the economy would begin to struggle with debt. FILE PHOTO | NMG  Anxiety as Kenya’s public debt load hits Sh5trn mark Kenya’s public debt has crossed the Sh5 trillion mark for the first time, shining the light on Treasury mandarins and renewing the