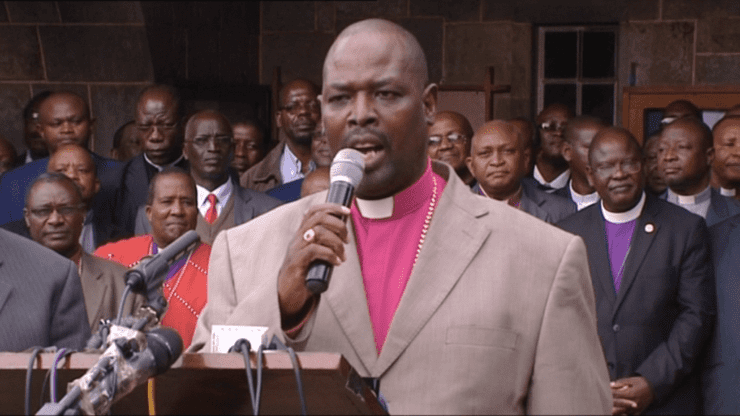 The Anglican Church of Kenya (ACK) wants the government to slow down on foreign borrowing as well as stop imposing more taxes on citizens.

ACK Archbishop Jackson Ole Sapit on Sunday expressed concern that more borrowing will continue to over burden the taxpayer.

“We worry when we continue to go into higher debt at the expense of the people and increase taxes because that will kill the ability of poor people to grow from one level to the other,” said Ole Sapit.

He was speaking at Homa-Bay Primary School during the farewell ceremony for the retiring Southern Nyanza ACK Bishop James Ochiel.

Ole Sapit expressed worry that most of the borrowed funds are not utilised effectively but ends in corruption instead of development projects.

“We wish whatever is being borrowed will be translated into improving services and infrastructure,” said Ole Sapit.

Meanwhile, the Archbishop has commended their Catholic counterparts for barring politicking in churches.