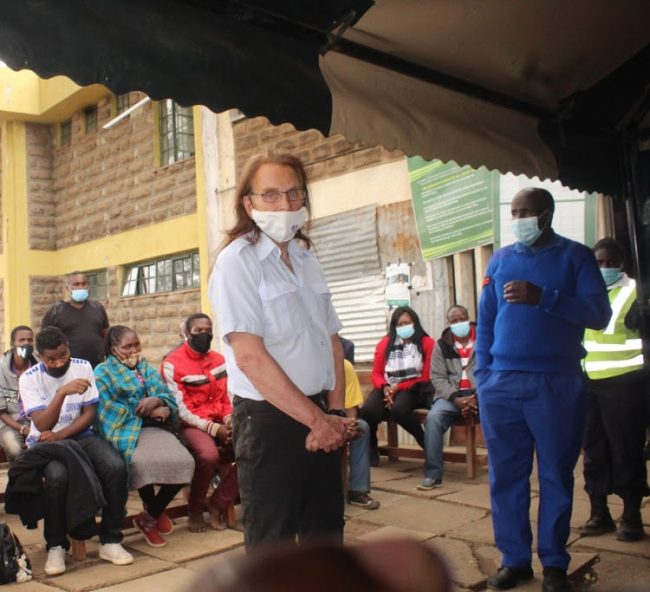 An American national has been charged for assaulting a police officer in Gigiri.

According the charge sheet, the accused person committed the offence on June 2 at the entrance to the International Organisation for Immigration in Gigiri area.

The officer suffered injuries to his face, left arm and left leg.

Stanley denied the charges and asked for lenient bond terms. Through his lawyer, he claimed that it was he that was attacked by the officer on duty.

The police report says the accused person had accompanied his African partner for an appointment at the organisation.

On the material day, he was blocked from accompanying his partner into the premises leading to a confrontation.

Prosecutor James Kamande did not object to Theodore’s release on bond.

The court heard that he (Stanley) was not a flight risk.

The magistrate directed that the matter be scheduled for June 16 for bond ruling.

According to Section 103 (a) of the National Police Service Act No. 11 (A) of 2011 , offences related to assault of police can attract a fine not exceeding 1 million shillings, imprisonment for a term not exceeding ten years, or to both.

(a) assaults, resists or willfully obstructs a police officer in the due execution of the police officer’s duties;
(b) assaults, resists or willfully obstructs any person acting in aid of the police officer;
(c) attacks an animal belonging to the Service; or
(d) intentionally or recklessly, destroys police property, commits an offence and shall be liable on conviction to a fine not exceeding one million shillings or to imprisonment for a term not exceeding ten years, or to both.”
American citizen charged with assaulting Nairobi policeman Reviewed by samrack on June 5, 2021 .

American citizen charged with assaulting Nairobi policeman An American national has been charged for assaulting a police officer in Gigiri. Zarnoch Stanley Theodore was charged before Kibera senior principal magistrate Charles Mwaniki on Friday for causing serious injuries to Constable Kamau Muthoni. According the charge sheet, the accused person committed the offence on June 2