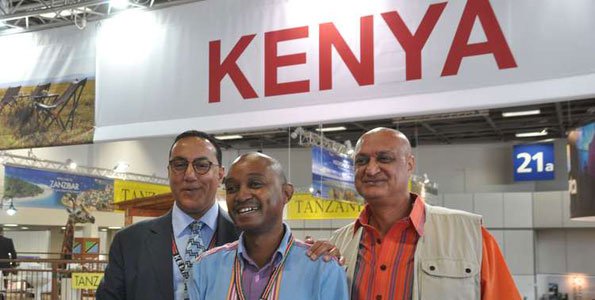 The United States has emerged as the top source market for Kenya after overtaking tourist arrivals from the United Kingdom in the first 10 months of this year.

According to data released by the Kenya Tourism Board (KTB), 82,363 American visitors toured the country between January and October, surpassing 80,821 tourist arrivals from Britain.

During the period under review, tourist arrivals from the US increased to 82,363 up from 70,734 arrivals in the same period last year.

Italy was eighth with 27,933 arrivals while France and United Arab Emirates had 17,303 and 17,180 arrivals respectively.

During the period under review, international tourist arrivals to Kenya increased by 16.1 per cent to 729,682 compared with 628,345 arrivals the previous year.

At the Moi International Airport, Mombasa, international arrivals grew by 26.1 per cent to 74,615 up from 59,194 the previous year.

READ: Boost for tourism as another cruise ship docks at Mombasa port

During the period, arrivals by cruise ships were only 1,880.

Of the 729,682 arrivals, 75 per cent came for holiday while 13 per cent visited the country for business and conferences.

Impressed by the increase

Last week, Tourism Cabinet Secretary Najib Balala, said he was impressed by the rise of tourists from the US market.

Mr Balala said international tourist arrivals to Kenya grew by 16 per cent in the period under review bringing hope of tourism recovery.

“To increase further the tourist arrivals from the US, the government will February next year host 3,000 American travel agents for them to familiarise with our tourism products,” he said.

The Cabinet secretary expressed hope that the industry would perform better this year bolstered by the surge in arrivals from the US, India, Uganda and China markets and other markets.

The increase in American tourists could be attributed to the lifting of travel advisories against Kenya last year.

The majority of tourists who arrive in the country by sea are Americans.

America overtakes UK as Kenya’s top tourist source market By MATHIAS RINGA The United States has emerged as the top source market for Kenya after overtaking tourist arrivals from the United Kingdom in the first 10 months of this year. According to data released by the Kenya Tourism Board (KTB), 82,363 American visitors toured the