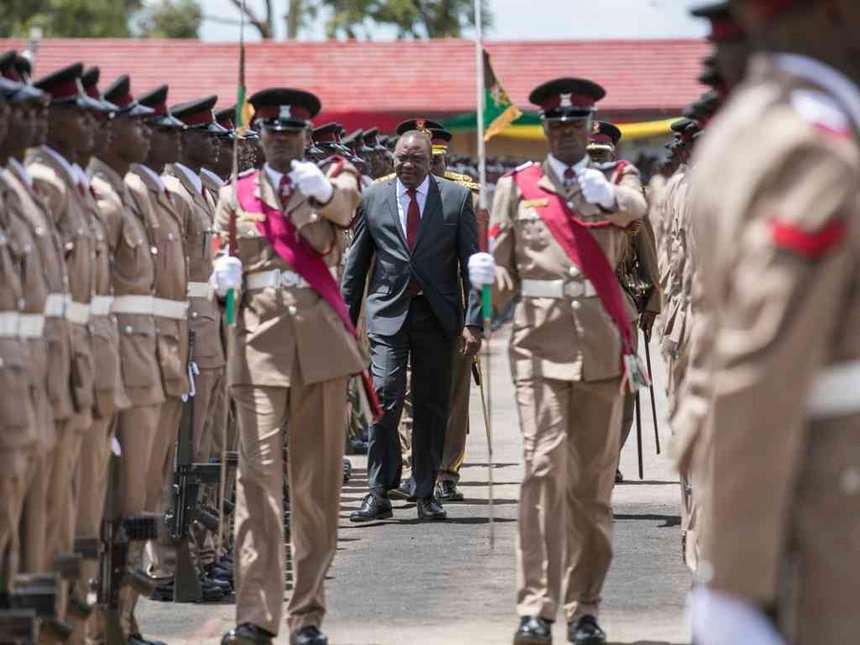 The Star has learnt that among those keen to fund the landmark truce between the two archrivals include the American government.

The Commonwealth Secretariat has also pledged to support the Uhuru-Raila deal once the two leaders announced their plan of action.

The Star has also learnt that British and European Union diplomats in Nairobi are planning meetings with the two leaders to find ways of supporting their pact.

Impeccable sources told the Star that during a meeting with Raila last Thursday, US Ambassador Robert Godec offered his government’s technical support to the proposed secretariat to rollout the plan.

Yesterday, Godec confirmed that the US government had offered Uhuru and Raila a range of things without disclosing the particulars.

“The US Mission has offered a range of support for the process that was announced, which is intended to bring the country together.

“Kenya is a leader in Africa, and the United States will continue to look for opportunities to further deepen our strong partnership,” he said in a brief statement to the Star.

The ambassador described the communiquÃ© signed by the two as “excellent” and a very good summary of the challenges Kenya faces.

“While we know addressing Kenya’s ethnic and political divisions will take some time and effort, both of these men showed great leadership in coming together in the agreement that they signed,” he said.

The funding pledge comes after ODM early this month put out a disclaimer saying the pact between Raila and Uhuru was a party affair and would not be funded from public resources.

In a detailed statement titled “Unpacking the memorandum between Raila Odinga and Uhuru Kenyatta’”, party Executive Director Oduor Ong’wen stated that the deal was not a power-sharing deal or a coalition agreement between ODM and Jubilee.

“Jubilee will therefore continue playing its role as the Majority party while ODM continues as the Minority party in Parliament,” he said.

The statement said the deal is not “a State-driven project” but a commitment “by the two leaders personally to unclog Kenya’s political arteries,” and to bring “closure to the 2017 elections in mutually acceptable terms and manner so that Kenya can forge forward as one united nation.”

The 2017 elections had strained the relations between the Opposition Nasa and the diplomatic community over the former’s refusal to acknowledge Uhuru’s Presidential legitimacy.

Godec had been on the frontline of local diplomatic efforts to mediate the dispute before and after the controversial Presidential election rerun. His efforts to dissuade Raila from the January 30 swearing-in failed, despite a joint statement by the Western missions urging Raila and his Nasa colleagues to recognize Uhuru as the legitimately elected President.

As the government moved to suppress Nasa’s agitation and resistance activities —including the formation of the people’s assembly — Godec, UK High Commissioner Nic Hailey and Sara Hradecky of Canada warned that Kenya risked plunging into a political crisis should both the government and the Opposition continue disobeying the law.

But Raila accused the envoys of serving self-interests after they endorsed the August 8, 2017, Presidential election and the October repeat.

It was not until the sudden handshake that mended the relations between the top wo and subsequently thawed them, that Godec last week finally met Raila at his Upper Hill office and showered him with praises for his decision to work with Uhuru.

It is understood the envoy told Raila that Washington was happy the two leaders had agreed to work together and provide leadership that, he said, will go a long way in healing the divisions in the country.

“It will also secure democracy, constitutionalism and fundamental freedoms,” Godec is reported to have told Raila.

Ambassador Martin Kimani for Uhuru and Raila’s lawyer Paul Mwangi were tasked with working on a framework, terms of reference and setting up a joint secretariat that will facilitate the joint programme of the two leaders.

Kimani and Mwangi are expected to meet with their principals this week to hand in the fine-tuned programme promoted as the antidote for the country’s disunity.

In his meeting with Godec, Raila said although Kenya had one of the best constitutions in the world, good laws and numerous institutions that are supposed to address issues like corruption, the country had continued to struggle with the challenges.

Godec said the unity deal gives Kenya a unique chance to protect democracy, and that the US stood ready to provide any support that may be needed to help the process succeed.

The SG paid tribute to Raila and Uhuru for the Building Bridges Initiative, describing it as a milestone for the country and Africa.

The NDI delegation congratulated both Raila and Uhuru for agreeing to work together. Wollack described the deal as “a dramatic positive move that took great courage.”

“It has given Kenya another, and probably the last, second chance. You never get too many chances,” Wollack said.

Yesterday, Raila met one of his chief critics, Gatundu South MP Moses Kuria, who was accompanied by several ODM legislators.

“As we continue taking steps towards national reconciliation, I have this morning held several meetings with different Members of Parliament,” Raila said in a tweet.

“This morning [Monday] I paid a courtesy call on Raila. We explored various options towards building a more cohesive and inclusive nation,” Kuria twitted after the meeting.

Kuria, who has been critical of Nasa’s political activities, described the Raila-Uhuru move as “statemanly”.

The MP said the two have proven that they would like to leave a legacy worth emulating and are concerned about their motherland.

The meeting with the MPs comes a day after Raila was seen with Uhuru for the second time, this time at the Muthaiga Gold Club on Sunday on the final day of the Kenya Open tournament.

Raila’s ODM party has maintained that it will continue to play its role as the Opposition, but engage the government constructively on development matters.

Share thisFacebookTwitterPinterestEmailWhatsAppPresident Uhuru Kenyatta presides over the 56h passing-out parade pf Administration Police recruits at Embakasi Police Training College in Nairobi, March 26, 2018. /PSCU America, donors to fund Uhuru-Raila unity deal The Star has learnt that among those keen to fund the landmark truce between the two archrivals include the American government. The Commonwealth