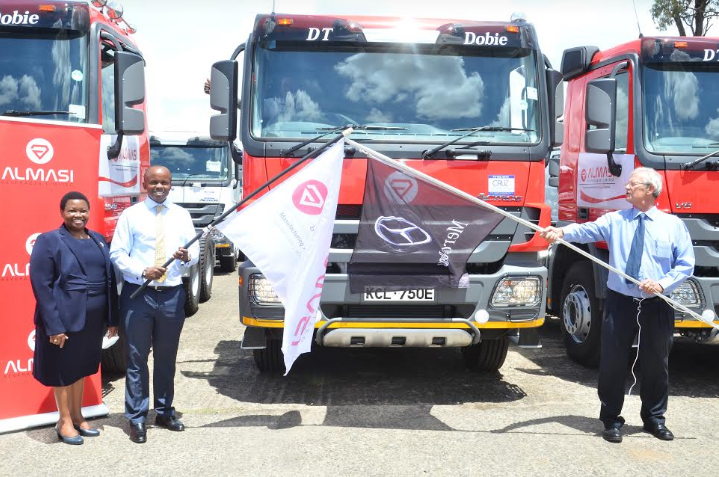 The investment is part of the Organizations Strategy to build capacity across its Supply Chain in Manufacturing, Distribution & Logistics and Commercial. Recently, the company invested inincreased Manufacturing capacity by installing 2 new production lines, an RGB (returnable GlassBottle) line with a capacity of 40’000 bottles per hour and a PET line with a capacity to produce 36’000 bottles per hour. This in addition to existing capacity will see ABL produce826,425,600 Bottles of soft drinks per year.

The company has also invested in improved IT systems to increase efficiencies within its 3 bottling plants. Almasi Beverages currently has implemented a group-wide ERP system, SalesForce Automation and a Fleet Management System.

“We intend to sweat our new investments as we look to ensure that within our franchise marketall our customers are well served, with their Coca Cola product of choice available at arm’slength,” explained Joyce Macharia, CEO of Almasi Beverages, at the Flag Off Ceremony held atthe DT Dobie Headquarters. “Government devolution, exploration and the various infrastructure projects have impacted on our rural economies with previously sleepy towns now revamped. Weare now seeing growing demand from regions that were previously inaccessible, this investmentwill improve our internal long haulage to far flung markets”.