The Attorney General (AG), Paul Kihara Kariuki has countered the 5-judge bench that declared the Building Bridges Initiative as null and void, on Thursday, May 13.

Solicitor General Ken Ogeto stated that the AG was directly authorised to appeal against the ruling.

Kariuki filed a suit in court seeking an injunction against the implementation of the judgement made. The suspension would provide him with ample time to file for an appeal.

The former President of the Court of Appeal – through the Solicitor General – argued that he was displeased with the shock ruling made against BBI, especially after the judges declared that the bill illegal as it flouted several clauses of the Constitution. 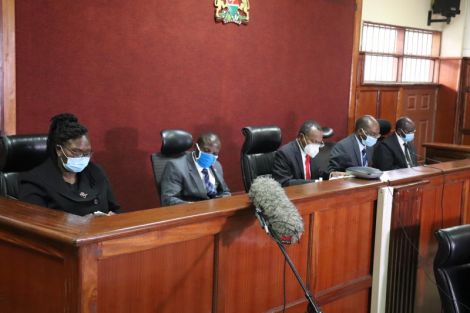 He wants the Court of Appeal to clarify and interpret the meaning of ‘Public Interest’ as the bill garnered over 3 million signatures and was passed at County Assemblies, the Senate and the National Assembly.

“It is in the public interest that pending the filing of the Appeal and to enable him to exercise his right of appeal, an interim stay of execution of the judgment be hereby stayed.

“It is critical to take judicial notice of the fact that the BBI process has been undertaken extensively, over 3 million signatures have been collected, to the critical constitutional processes such as consideration of the Bill by the county assemblies have been undertaken, the Amendment Bill has been passed by the majority members of the National Assembly and the Senate, “court documents presented by Ogeto read.

On Thursday evening, May 13,  the High Court judges accused President Uhuru Kenyatta of failing to respect, uphold and safeguard the Constitution and to that extent, falling short of the leadership and integrity threshold set in the Constitution.

According to the judges, Uhuru and not a regular citizen was the initiator of the bill and this contravened the laws as the President does not have a Constitutional mandate to initiate amendments through a popular initiative.

They opened doors for lawsuits against Uhuru after declaring that the President can be sued in his or her personal capacity during his or her tenure in office, for anything done contrary to the Constitution.

BBI’s Secretariat was declared illegal as it was an initiative of the President while all actions taken by IEBC in respect to the Constitution Amendment Bill 2020 were ruled as null and void. 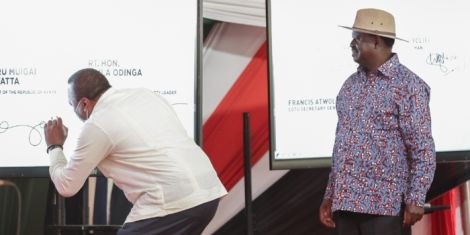