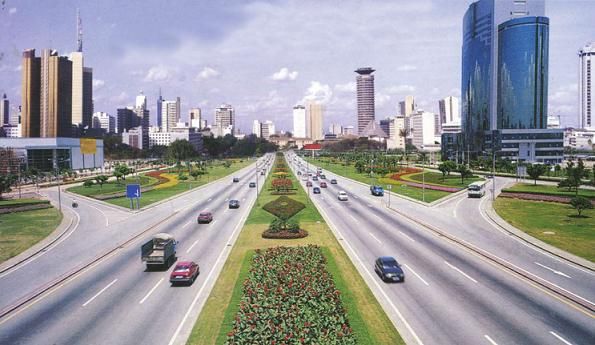 Following recent rebasing of its economy, Kenya is now classified as a lower-middle income country. With a 2013 gross domestic product (GDP) of $53.4 billion and per capita income of $1,246, the country is ranked the ninth largest economy in Africa and the fourth in sub-Saharan Africa (SSA).

As it stands now, Kenya is the dominant economy in the East African Community (EAC) and the primary source of foreign direct investment (FDI) for some of the countries of the Community. In recent years, Kenya has made major progress in financial deepening and financial inclusion. Increasingly, Kenya has become a centre of innovation especially in mobile phone-based financial services, whose growth and employment opportunities have ignited economic growth in the economy. Kenya has also been an important player in the horticulture export market. The country has a youthful population and is well positioned to reap the population dividend. In addition, the country has recently discovered oil and it is likely to be an oil exporter in the near future and will join Uganda and South Sudan. But even without oil discovery, the Kenyan economy stands at a very strategic location in the Eastern Africa region. It serves five landlocked countries that are relatively resource-rich (Ethiopia, South Sudan, Uganda, Rwanda, and Burundi). So its comparative advantage lies in improving its port facilities, road and railway networks, and transit airports as trade routes for these five countries. Even more significant has been the strengthening of the institutions of governance through the 2010 enactment of a progressive constitution that has radically altered the previous dominance of the executive. At the core of the new constitutional dispensation is devolution of decision-making powers to 47 county governments. All these factors augur well for continued strong economic performance.

However, the country’s future growth faces several pitfalls even with the above set of opportunities. Some of the risk factors include: first, the emerging terrorist attacks by the Al-Shaabab group based in Somalia which has adversely impacted the country’s economy; second and increasingly, although the country has recorded high rates of economic growth, joblessness especially among the youth remains very high and a likely source of instability; and third, poverty and inequality both at individual and regional levels remain high and pose threats not only to sustained growth but also to stability. In addition, internal institutional weaknesses and governance challenges threaten the gains of the new constitution. For example, Kimenyi and Ndung’u (2005) show the political power-play in sporadic ethnic violence during election cycles since the advent of multi-party political competition in 1992. These and other risk factors are of concern to the country’s ability to sustain growth and retain its position as a dominant economy.

This study seeks to analyse the drivers of economic growth both in the past and the more recent period and also to evaluate the impact of economic growth on labor market prospects, the population structure, and growth, and how they impact on poverty reduction. We also review opportunities and pitfalls that are likely to influence the country’s growth trajectory. The section that follows starts with a background of Kenya’s economy and some important policy and political developments that have a bearing on economic performance. In Section 3, the study presents a discussion of the country’s population growth, structure, transition, and demographic dividend prospects. The interest here is primarily on those aspects of the population that have a bearing on economic performance and specifically on the labor markets. The section also looks at Kenya’s labor market with a focus on the structure of employment and the growth-employment dynamics. We discuss the distribution of employment by industry and also by formal and informal sectors. We then discuss some aspects of the labor supply side including wage earnings, labour productivity, and returns on human capital. The section concludes with some evidence of the growth-employment and growth-poverty nexus, and a discussion on the financial sector. In Section 4, we briefly review some of the supporting policies, that is, social protection policies. Section 5 discusses some of the emerging challenges and opportunities to growth and employment and Section 6 provides conclusions that tie the study together to show why Kenya qualifies to be an African Lion, but with immense challenges to overcome.

African Lions: Kenya country case study Following recent rebasing of its economy, Kenya is now classified as a lower-middle income country. With a 2013 gross domestic product (GDP) of $53.4 billion and per capita income of $1,246, the country is ranked the ninth largest economy in Africa and the fourth in sub-Saharan Africa (SSA).  As