Africa must be alert to China’s leadership transition 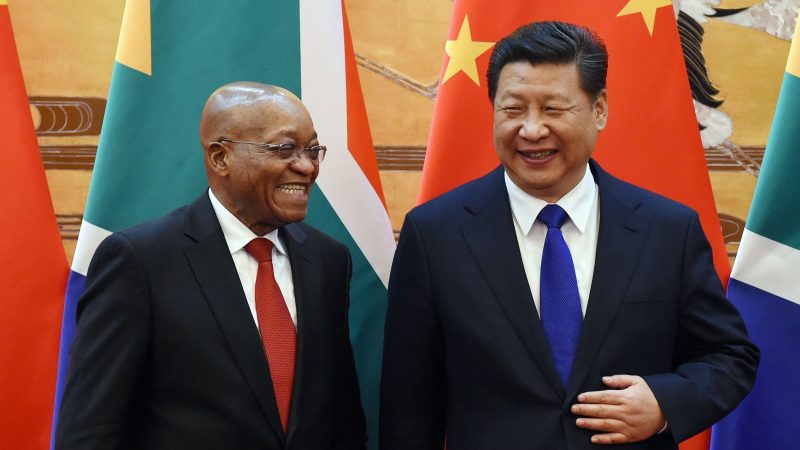 Africa must be alert to China’s leadership transition

Last week I spent time watching President Xi Jinping unveil a seven-man Politburo that will rule China in the next five years.

The Politburo is the decision-making organ of China’s Communist Party.

Except for Mr Xi and the Premier, Li Keqiang, five of the appointees are new to the Politburo that will seek to expand this populous country’s global influence and set the reform agenda for the next several years.

The changes, a culmination of the Communist Party Congress in Beijing, gave Mr. Xi more powers to rule but with no clear succession plan.  By enshrining “Xi Jinping Thoughts” into the party’s constitution, they effectively elevated the President to the status of the country’s founding father, Mao Zedong.

This may have been deliberate or necessary, considering the uncertainty in global leadership occasioned by President Trump’s philosophy of “America First”.

It remains to be seen what Mr. Xi meant when he said, “new era needs a new look and even more, needs new accomplishment” in Chinese socialism and, that China will “stand proudly among the nations of the world” and “become a leading global power.”

At times in his three-hour 23 minutes speech, he was deliberate and had no qualms making indirect reference to US President Trump.

For instance, he said, “No country can retreat to their own island, we live in a shared world and face a shared destiny,” a clear reference to US exit from the Paris climate accord.

He even had one sentence for the academics from other parts of the world to ponder and define its theoretical application when he revealed “Socialism with Chinese characteristics for the new era.”

In a veiled reference to Taiwan and Hong Kong, Mr. Xi animatedly said, “We will not tolerate anyone, using any means, at any time to separate one inch of land from China,” Adding that he will “strengthen the ranks of patriots who love our country,” as “blood is thicker than water.”

He promised a “Beautiful China” that meets “people’s ever-growing demands for a beautiful environment”, further promising that “Chinese people will enjoy greater happiness and well-being.”

He pledged to “firmly and unwaveringly deepen reform in every aspect” and to make China a “country of innovators” in several areas, including transport, aerospace, and cyberspace.

More importantly, he pledged to open up China’s financial systems as well as greater market access to foreign companies operating in China.

Although at times his speech contained some capitalist ideals, it contradicted the very same ideals perhaps as a result of expounding his China’s form of socialism as a bridge between capitalism and communism.

For example, as he promised openness of financial systems, and seemed to suggest controlling housing prices when he said “Houses are for living, not for speculating,” possibly to ensure that every Chinese person can afford housing in a China “where people will enjoy greater happiness.”

The only time Mr. Xi referred to Africa is when he suggested that:

“All countries, from either Asia, Europe, Africa or the Americas, can be international cooperation partners of the Belt and Road Initiative. The pursuit of this initiative is based on extensive consultation and its benefits will be shared by us all.”

Map of Eurasia with drawn lines for overland and maritime routes

The key question we must ask is:  What will be the implication of a resurgent China?  My take is that there is much we can learn from China since our destiny is purely in our hands.

REFORMS WITH A HUMAN FACE

One of the key lessons we can take from China is how to undertake economic reforms with a human face.  A World Bank report, World Bank in China says “more than 500 million people were lifted out of extreme poverty as China’s poverty rate fell from 88 per cent in 1981 to 6.5 per cent in 2012, as measured by the percentage of people living on the equivalent of US$1.90 or less per day in 2011 purchasing price parity terms.”

Even with these transformational achievements, China still faces similar problems of governance as African governments do.

Unlike Africa, one of the seven Politburo members, Zhao Leji will be responsible for the party’s anti-corruption agency, the central commission for Discipline Inspection as Mr. Xi promised to deal with the scourge ruthlessly.

Further, they developed a clear vision that ordinary citizens can relate to.

Africa must graduate from personality politics to issue-based politics.  It is what we envisaged in the Vision 2030 agenda, which has been drowned by the focus on personalities.

Coincidentally, after watching Xi’s speech, I also watched a clip from Nigerian poet Dike Chukwumerije narrating how “Things have fallen apart” in Africa and “the centre cannot hold.”

The issues raised by Chukwuwerije are the same ones that Xi was responding to, with concrete plans to tackle them in China.

He starts his presentation by referring the audience to the inscription on the Nigerian Court of Arms: Unity and Faith, Peace and Progress.  “You cannot preach unity if you are not offering faith,” he said.

He went on to explain how to restore faith by giving various examples on how people lose faith, including the following: when the government fails to look after the family of a Nigerian soldier who has paid the ultimate price defending the country; where a child dies in hospital because doctors are on strike or there are no medicines; and where a youth has graduated with First Class Honours and cannot find a job because of tribalism or nepotism.

He argues that when people lose faith, they take solace in tribe. As more people take to the cover of tribe, the nation becomes an enemy and peace, unity and progress are disrupted. Government, therefore, must bring progress to the people before they can have faith.

Mr. Xi is looking forward to bringing progress to Chinese people, by giving them affordable housing, a clean environment and fostering unity for all. By moving millions out of poverty, he has ensured national integration, social justice and inclusivity, so that in spite of its political system, people will have faith in China’s government.

Some of the reforms China is looking at may interfere with individual liberties.  This is a tough choice indeed. My view is that there must be a period to hold back political reforms in order to economically transform, like most of the Newly Industrialised Countries did.

We somehow need a formula with which to choose a benevolent dictator. It is pointless to have millions of people with excessive freedom, running around naked without food, with rampant stunting amongst the child population.

Much of Asia has managed to develop its human resources to a level that can compete with anyone else in the world.

Perhaps we need to revisit the colonial system of nyapara (close and no-nonsense supervision), to emancipate Africa from declining productivity while the rest of the world is moving forward, while using Africa as the market place.

There is no need of complaining about China’s expansion into Africa when we have not been able to reverse engineer the toys which we buy from China and peddle on our streets!

As we watch China lay the foundation for global influence, we have no response, or any strategic think tank discussions at country or Africa level on how to deal with a powerful China.

That is a statement on the paucity of our strategic thinking and love for our continent.

The writer is an associate professor at University of Nairobi’s School of Business.

Africa must be alert to China’s leadership transition Reviewed by samrack on October 31, 2017 .

Africa must be alert to China’s leadership transition Last week I spent time watching President Xi Jinping unveil a seven-man Politburo that will rule China in the next five years. The Politburo is the decision-making organ of China’s Communist Party. Except for Mr Xi and the Premier, Li Keqiang, five of the appointees are new