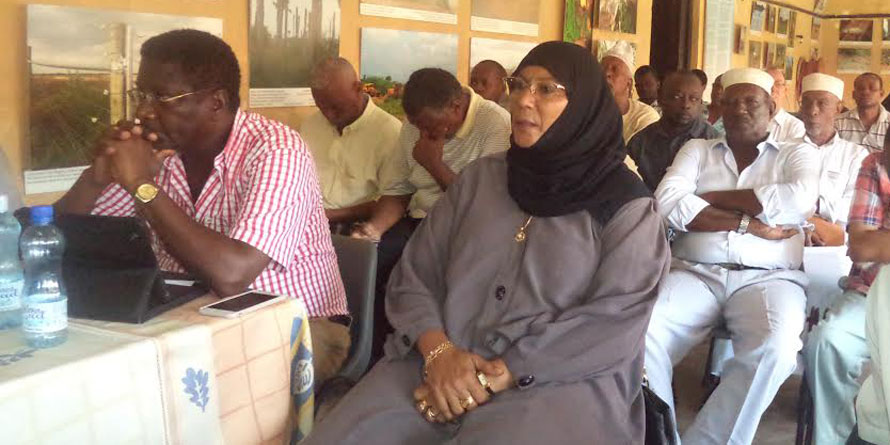 More than 10 local civil society groups on Friday held a peaceful protest over a planned Sh200 billion coal-fired power plant to be established in Lamu West.

Led by Save Lamu Secretary-General Walid Ahmed, the protesters, while holding placards and posters, moved around the Lamu Old Town streets in a silent march.

Mr Walid said the protests were also meant to show solidarity with a section of Save Lamu members who were on Friday summoned by the National Environmental Tribunal (NET) at the Lamu Fort to give their views on how the local community in Kwasasi will be affected by the plant.

They however ended prematurely after police descended on the crowd and confiscated their placards and posters.

It took the intervention of Lamu Women Representative Shakila Abdalla for the police to return the placards and posters to the demonstrators.

“We are not after the project. It is harmful to the health of the Lamu residents and the environment at large. The National Environmental Tribunal heard our objection concerning the establishment of the coal plant in Lamu and decided to come to Lamu and hold public hearing. We have organized peaceful demonstration to show solidarity to the various witnesses who are being questioned by the tribunal today,” said Mr Walid.

rotestors accused the Lamu County government, the National Environment and Management Authority (Nema) and the Energy Regulatory Commission (ERC) of trying to force the project on them.

“We will continue fighting till the end. The project is harmful and that’s why it has been rejected in Kitui and other places in this country. We will not allow such kind of a project unless they come up with an alternative and environmental friendly project rather than coal. We are for green energy,” Ishaq Abubakar, a resident opposed to the project said.

The Lamu plant is expected to generate 1,050 megawatts of power once complete and so far, a total of 975 acres of land has already been set aside at Kwasasi for the project.

It is part of the government’s plan to produce 5,000MW of power in the next 40 months.

Activists demonstrate against Centum’s coal project Reviewed by samrack on May 14, 2017 .