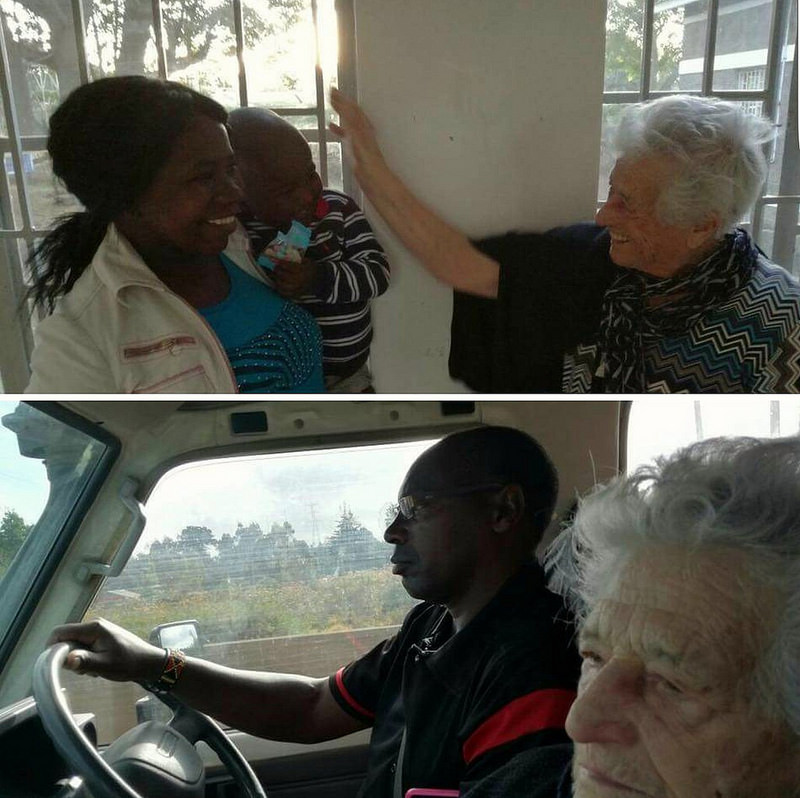 No matter who you are, it’s never too late to make a difference in the world.

Nonna Irma, a 93-year-old grandmother in Noventa Vicentina in Veneto, Italy, proves that anyone can help make the world a brighter place. On Monday, Irma started her journey to Kenya to do volunteer work in an orphanage.

Her granddaughter, Elisa Coltro, wrote a post about her grandmother’s inspiring story on Facebook with photos sent from her mother, who is accompanying Irma on her journey.

“This is my grandma Irma, a young lady of 93, who set off for Kenya tonight,” wrote Coltro. “Not to some tourist resort to be waited on hand and foot, but to go to a village of children, in an orphanage. I’m showing her to you because I believe that all of us should always keep a dash of recklessness in order to live and not just survive. Look at her… Who’s stopping her? I love her.”

According to an interview Coltro gave to the Italian newspaper La Repubblica, Irma had been giving donations to the Kenyan orphanage, founded by an Italian missionary, for years.

This year, “donations weren’t enough, she wanted to make herself useful,” Coltro said. Irma’s daughter also decided to come along on the trip. The two are supposed to stay in Kenya for three weeks.

“Or perhaps my grandma will decide to stay and won’t come back,” Coltro joked. “It’s entirely possible, knowing her big heart and her energy.”

Source:http://www.travelandleisure.com/
93-year-old Italian Grandma Headed to Kenya to Volunteer at an Orphanage(Video) Reviewed by samrack on February 27, 2018 .

Share thisFacebookTwitterPinterestEmailWhatsAppLa Storia di Nonna Irma ♥ La dolce Nonnina di 93 anni partita volontaria per l’Africa Pic: Photo Courtesy 93-year-old Italian Grandma  Headed to Kenya to Volunteer at an Orphanage No matter who you are, it’s never too late to make a difference in the world. Nonna Irma, a 93-year-old grandmother in Noventa Vicentina in