8 things you probably did not know about Emmy Kosgei 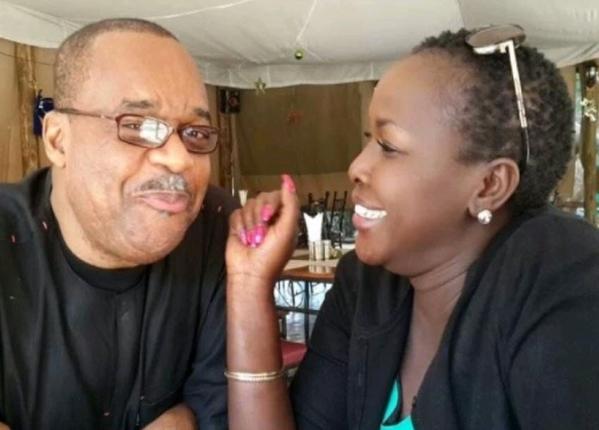 Top female gospel act, Emmy Kosgei-Madubuko, is a renowned songstress who oozes charisma, and is exemplary at what she does.

Meet her any other day, and you won’t help but like her humility, confidence and vibrancy.

Speaking to Citizen Digital from Nigeria, Emmy shared details about her life.

Here are eight things you probably did not know about Emmy:

She hails from Kelewa village, Koibatek District in Baringo County where she spent a good part of her childhood.

The second born in a family of four children, three sisters (inclusive of her) and one brother, only shifted to Nairobi when it was time to join college.

Emmy’s music journey started at a very tender age in her local church where her parents ministered. She was born in to a strong Christian family which helped in building her into who she is today.

By the time she was in high school, the singer was recording collaborations with other artistes.

“Professionally, I began singing 11 years ago. I have five albums with the latest titled, Sobei Cheiso,” she said.

Emmy had once shadowed Esther Wahome as a back-up artiste before gaining ground.

No one can dispute the fact that Emmy Kosgei has had a very successful musical career.

Much as she started it early, she confesses that she got much of her inspiration from the late Miriam Makeba – the highly accomplished South African singer with numerous hits to her name.

Evidently, Emmy took the same path as many of her songs have topped charts over the years.

Her authentically African style has also been inspired by other artistes such as Keke, Esther Wahome and Rebecca Malope.

When she performs the world over, one of the things that you cannot fail to notice is her ornate dressing.

While many artistes go to designers to help select outfits, that is not the case with Emmy.

She runs the Emmy K House of Fashion, and that label makes most of her classic designs.

Unlike other artistes who spend their money buying flashy cars, Emmy knows best the value of educating a society.

She operates a school known as Hope Academy, which has 72 students.

Out of the entire student population, she personally finances the education of 37 students.

The school has been operational for 8 years now.

Emmy is married to Nigerian, Apostle Anslem Madubuko, whom she met at a ministry function where they were both ministering.

What does Emmy have to say about her union?

“It’s great! It gives me inner joy and peace to have someone who loves, supports and a place I fall back to – home.”

The high-flying singer does not shy away from expressing the bliss that her union has given her.

“I am a blessed with a wonderful husband, I thank God for him.”

Emmy Kosgei was recently appointed as Kenya’s national and global Ambassador for Culture and Tourism following her exemplary show in conserving tradition.

“I travel a lot to participate in and to represent Kenya in events, world expos under the Ministry of Tourism, Trade, Commerce, EAC; marketing the country as the world’s best tourism destination. I also run Pamoja peace initiative which aims at integrating Kenyans,” the singer told Citizen Digital.

Being Madubuko’s wife, Emmy performs her functions as the First Lady of the church her husband is ministering in.

She is currently in Nigeria, running her errands and also spending time with her Lagos-based family.

The soft-spoken singer says she is a great cook, loves people and exercising to maintain her youthful physique.

Emmy Kosgei concluded the interview on a high by recounting her career highlights.

“I have had great highlights in my career. I feel humbled to have performed in significant state functions. I had great experience during Milano Expo 2015 this month in Italy; displaying the best of Kenyan products, champions, music, fashion, culture… basically our #hotbedoftalent.”

8 things you probably did not know about Emmy Kosgei Reviewed by samrack on September 26, 2015 .

Share thisFacebookTwitterPinterestEmailWhatsAppTop female gospel act, Emmy Kosgei-Madubuko, is a renowned songstress who oozes charisma, and is exemplary at what she does. Meet her any other day, and you won’t help but like her humility, confidence and vibrancy. Speaking to Citizen Digital from Nigeria, Emmy shared details about her life. Here are eight things you probably