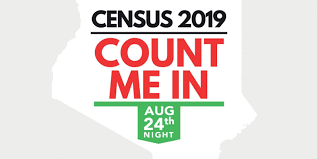 A population census is basically the process of counting all the people in a country at a specific time.

The 2019 edition of the census will be the first ever to incorporate the use of technology, thus doing away with all the heavy paperwork that would otherwise be involved.

All the data required for the census will be captured electronically through the use of a tablet. This technology will go a long way in ensuring that real time data is sent to the server, and shortening the time between the census and the release of results.

The counting will involve everyone who will be within the country during that period. This will include people found in their homes by enumerators, those who work at night for example nurses, watchmen, etc, persons on transit, those in prison and hotels, etc.

People living in the diaspora, however, will not be included in the exercise.

The census information gives accurate information about the distribution of people across the country, which can hence be used to plan the provision of education, health care and even social amenities.

This will be the first Census exercise being conducted since the promulgation of the new constitution.

Share thisFacebookTwitterPinterestEmailWhatsApp6th Kenya Population and Housing Census Starting on the night of 24th August 2019 all the way to 31st August 2019, Kenya will hold its sixth edition of the population census since attaining independence, with other similar activities having been held in 1969, 1979, 1989, 1999 and 2009. A population census is basically the