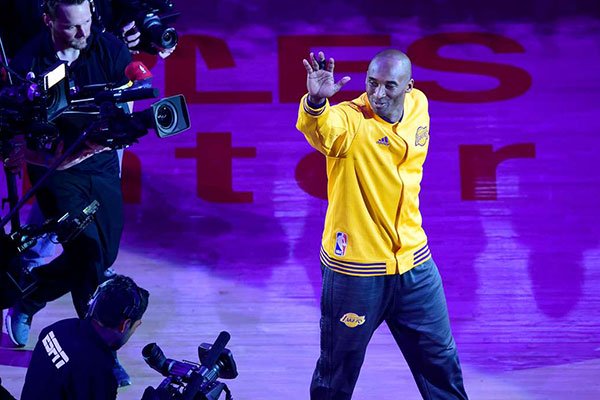 The Sunday helicopter crash that killed NBA champion Kobe Bryant has left many across the world mourning over the basketball legend.

The accident that took place in Los Angeles, California, claimed the five-time NBA champion’s life as well as killing his 13-year-old daughter Gianna and seven others.

He was an unbeatable force in basketball, as he was a five-time NBA champion, an 18-time NBA All Star and won five championships with the Los Angeles Lakers. He had also won the NBA’s Most Valuable Player Award (MVP) a record four times.

Even as tributes keep flowing in on social media, here are some of things that you might not have known about the American NBA legend.

1. He was born in Philadelphia on August 23, 1978. He was the youngest of three children to former NBA player Joe Bryant and Pam Bryant. He is also a nephew to retired professional basketball player John Cox.

2. Bryant started playing basketball at the age of three under the influence of his father and grandfather. He was a Lakers fan while growing up and his grandfather would send him videos of NBA games for him to study. Bryant also loved football and his favourite team while he was growing up was AC Milan.

3. He was raised a Roman Catholic.

4. Bryant had a huge falling out with his parents in 2013 after the family attempted to sell his memorabilia behind his back. They were reportedly not on speaking terms and it is unclear whether they managed to mend their relationship before his tragic death. His parents reportedly did not initially approve his marriage to wife Vanessa but later came around. They also did not attend his wedding.

5. In high school, Bryant was a member of a rap group called CHEIZAW. He even performed at a concert in 1997.

6. Bryant earned recognition while still in high school, where he developed a spectacular career while at Lower Marion High School in Philadelphia. He went on to play varsity basketball as a freshman achieving impressive points that attracted college recruiters. It was in 1995 when Bryant considered going directly to the pros.

7. He first earned the 1995 senior most valuable player (MVP) award while at the Adidas ABCD camp. He later earned more MVP awards as an NBA player.

8. Bryant was the first guard ever directly drafted out of high school for the NBA, when he sighed a three-year rookie contract of US$3.5 million in 1996 at the age of 17 years.

9. His parents had to co-sign his first contract with the NBA in 1996 because he was too young to sign it on his own. He was only 17 years old.

10. When he started playing for the NBA, he was the youngest player ever to play at an NBA game at the time.

11. Bryant, whose nickname is Black Mamba, has been called the best player of the decade as well as of his generation. He has career averages of 25.0 points, 5.2 rebounds, 4.7 assists, and 1.4 steals per game, with reports placing him as the most competitive player in the history of the NBA.

12. He assigned himself the nickname Black Mamba, citing a desire for his basketball skills to mimic the eponymous snake’s ability to “strike with 99 per cent accuracy at maximum speed, in rapid succession”.

13. Kobe Bryant met his wife Vanessa Laine (17 years old at the time) in November 1999 when he was only 21 years old and she was still in high school. Together they have four daughters, with the youngest being born in June 2019.

14. Bryant established his business brand, Kobe Inc., that aimed at owning and growing brands in the sports industry. He also had stakes in companies such as Coca-Cola and had endorsements with McDonalds, Coca-Cola, Turkish Airlines and Nintendo.

15. Bryant leaves behind a complicated legacy. While he is universally celebrated as a superstar athlete, his career was almost derailed in 2003 following a sexual assault allegation against him. He was arrested on felony sexual assault after a 19-year-old hotel employee accused him of raping her in his hotel room in Colorado. He was married with a five-month-old daughter at the time and always maintained that the sex was consensual. The incident, though controversial, did little to dent his popularity among diehard basketball fans.

15 things you may not have known about Kobe Bryant Reviewed by samrack on January 27, 2020 .

Share thisFacebookTwitterPinterestEmailWhatsAppKobe Bryant gestures to fans. PHOTO | FILE | AFP 15 things you may not have known about Kobe Bryant The Sunday helicopter crash that killed NBA champion Kobe Bryant has left many across the world mourning over the basketball legend. The accident that took place in Los Angeles, California, claimed the five-time NBA